To be published by: AMC Games (supported by Shudder)

Conquer the world with fear!

The Fabulous Fear Machine is a single player narrative-driven strategy game that challenges players to conquer the world through fear. Featuring a retro horror comic style, the game casts the player as a newly minted “Master of the Machine.” To pursue their goals, players must generate and spread fear through the careful cultivation of various Legends—those scary stories, urban myths, and conspiracy theories that lurk in the dark corners of the mind.

The game’s campaign is structured around distinct chapters that follow the exploits of several new Masters, each with their own ambitions. As the player’s power in a home region grows, missions gain an increasingly grand scale, and the pressure from other characters increases. The forces of good fight back by reducing Legends to sanitized fairy tales, and randomly occurring social events force players to modify their strategy constantly. 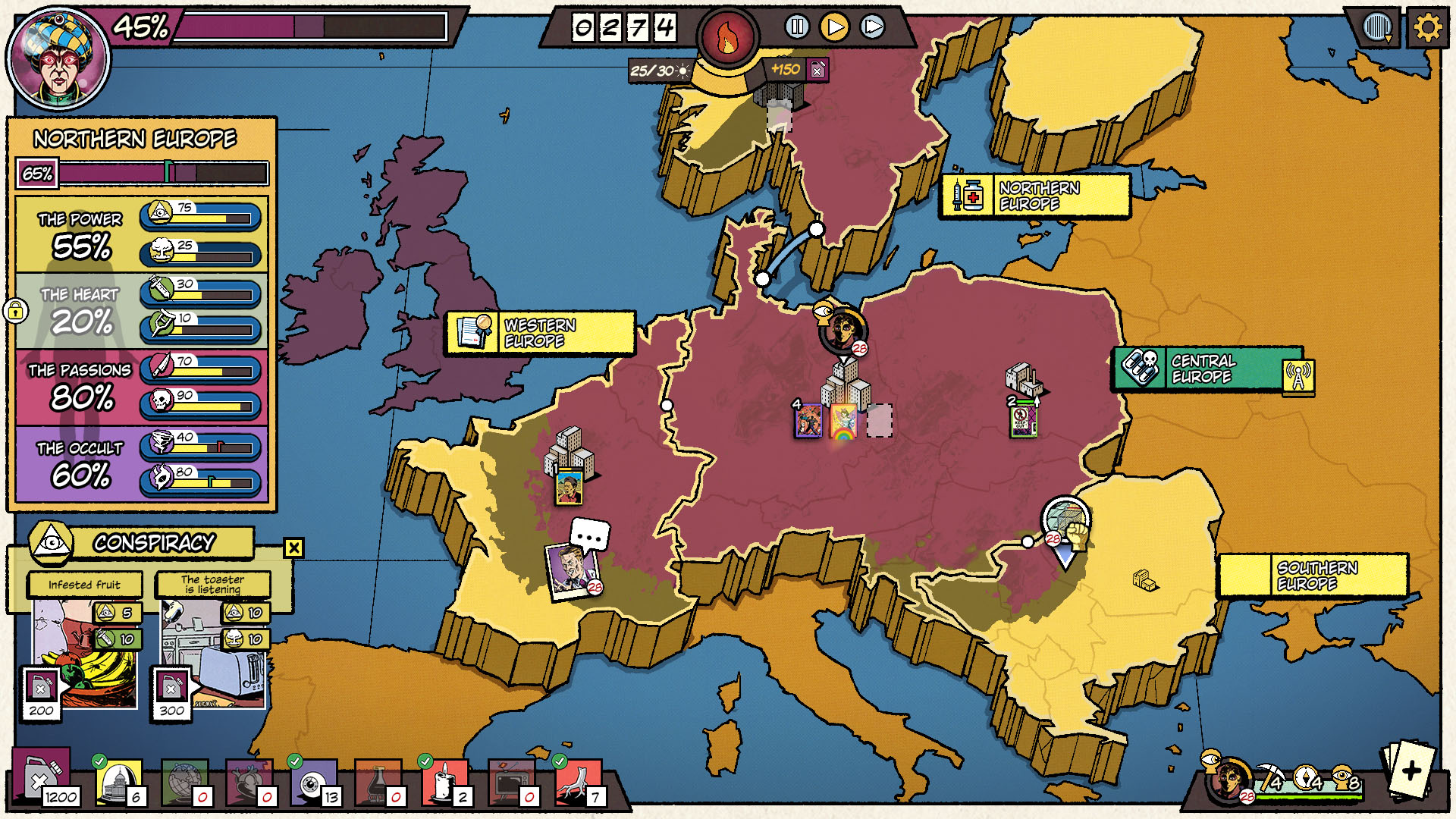 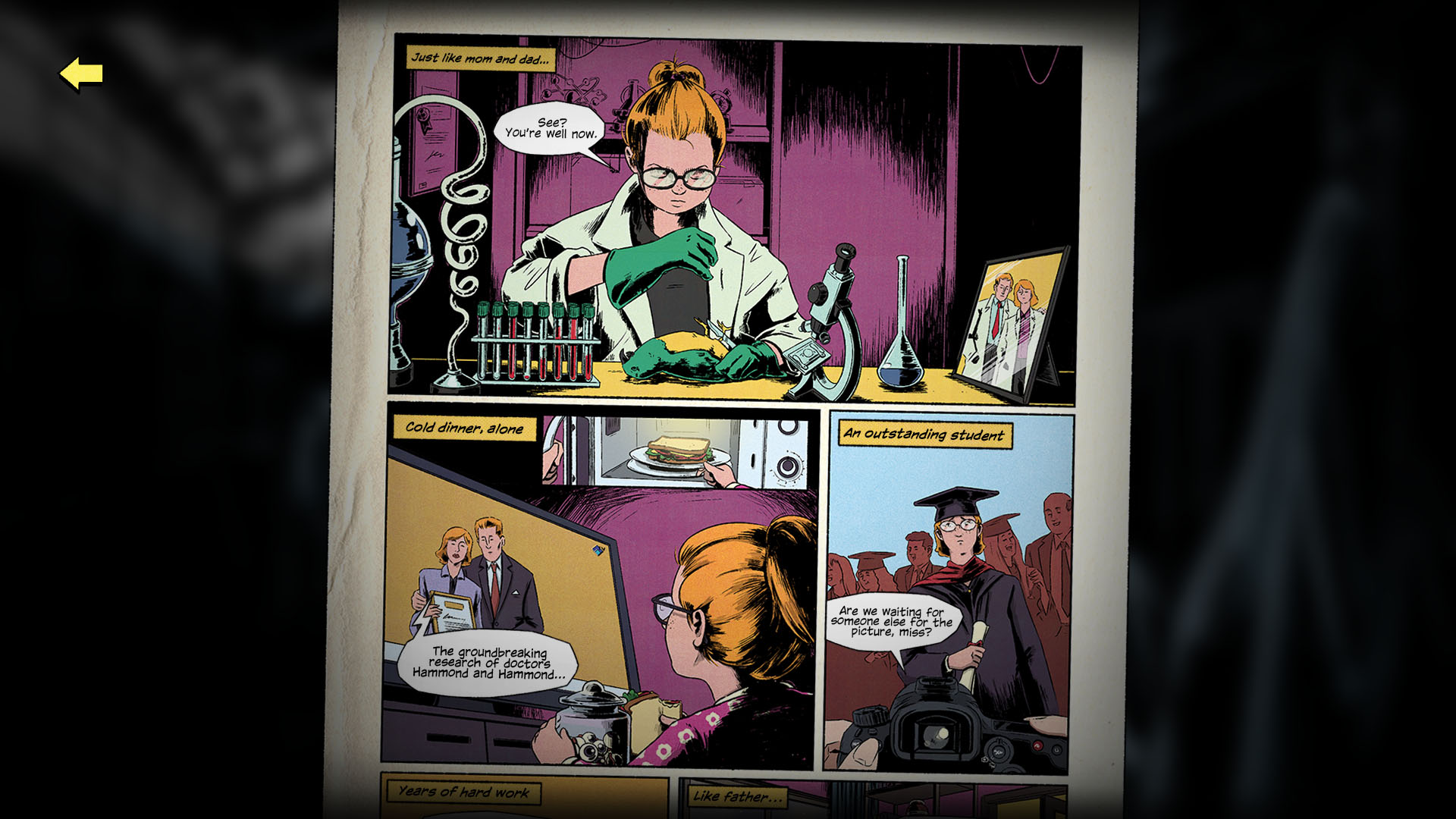 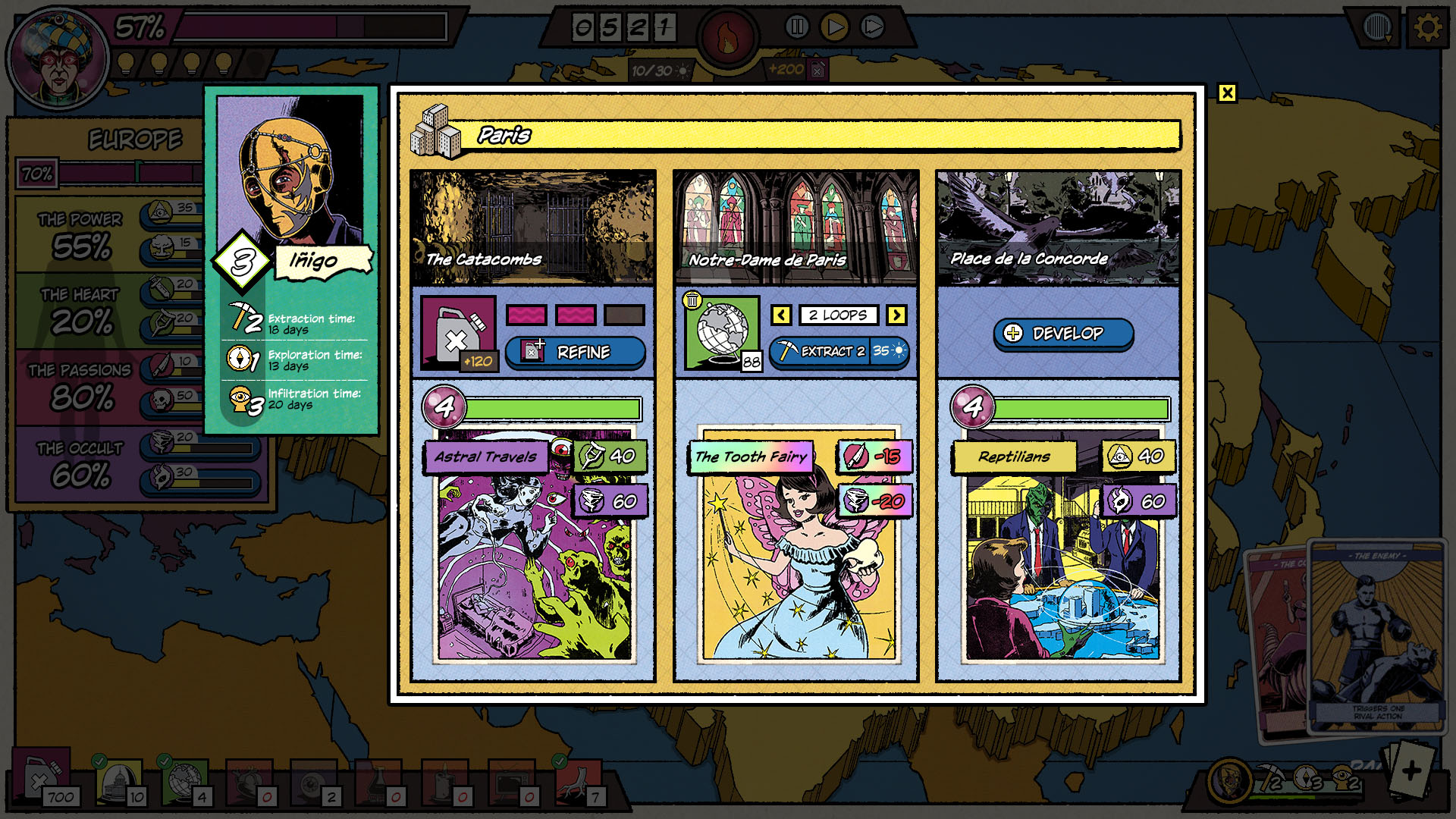 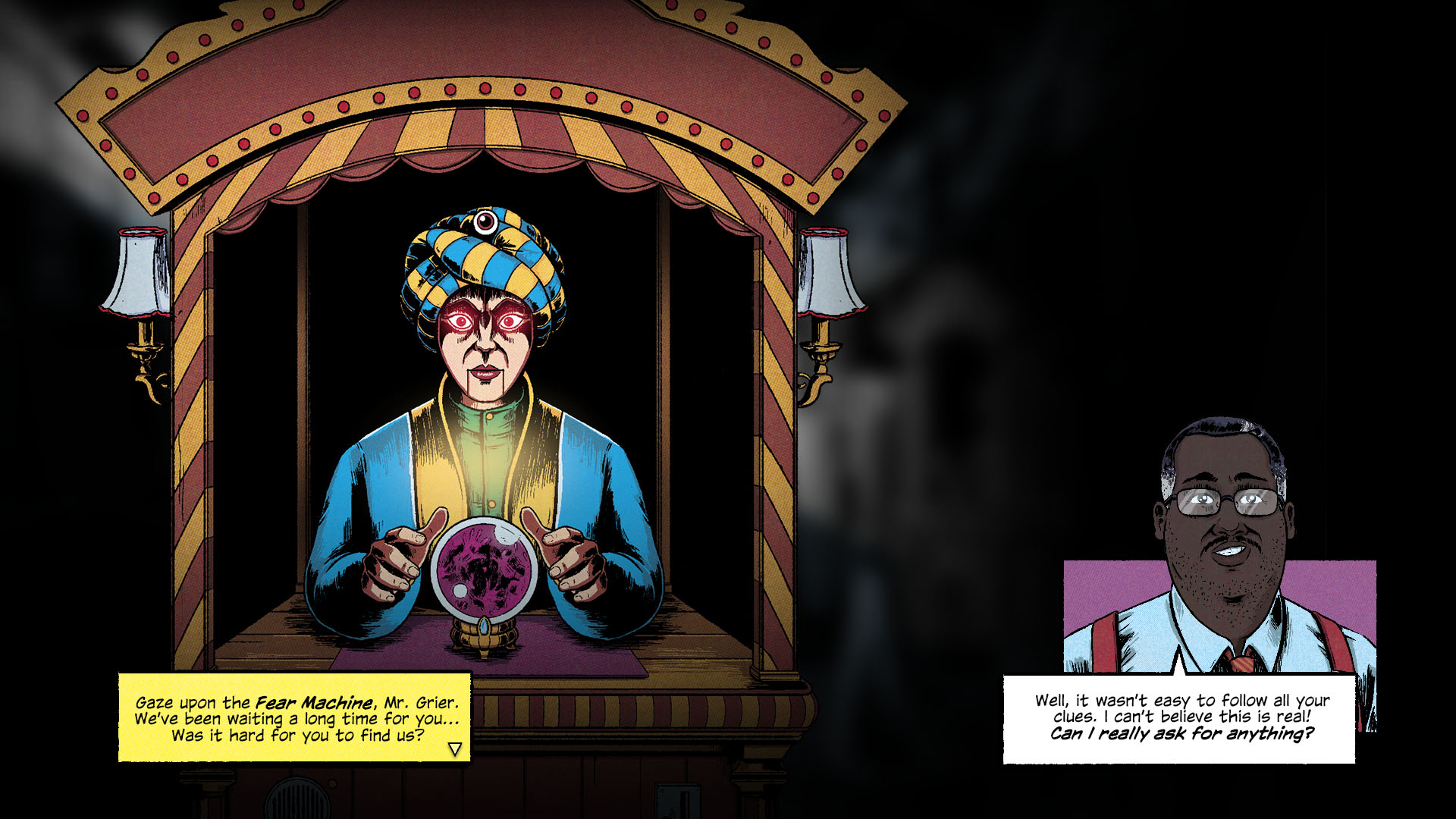 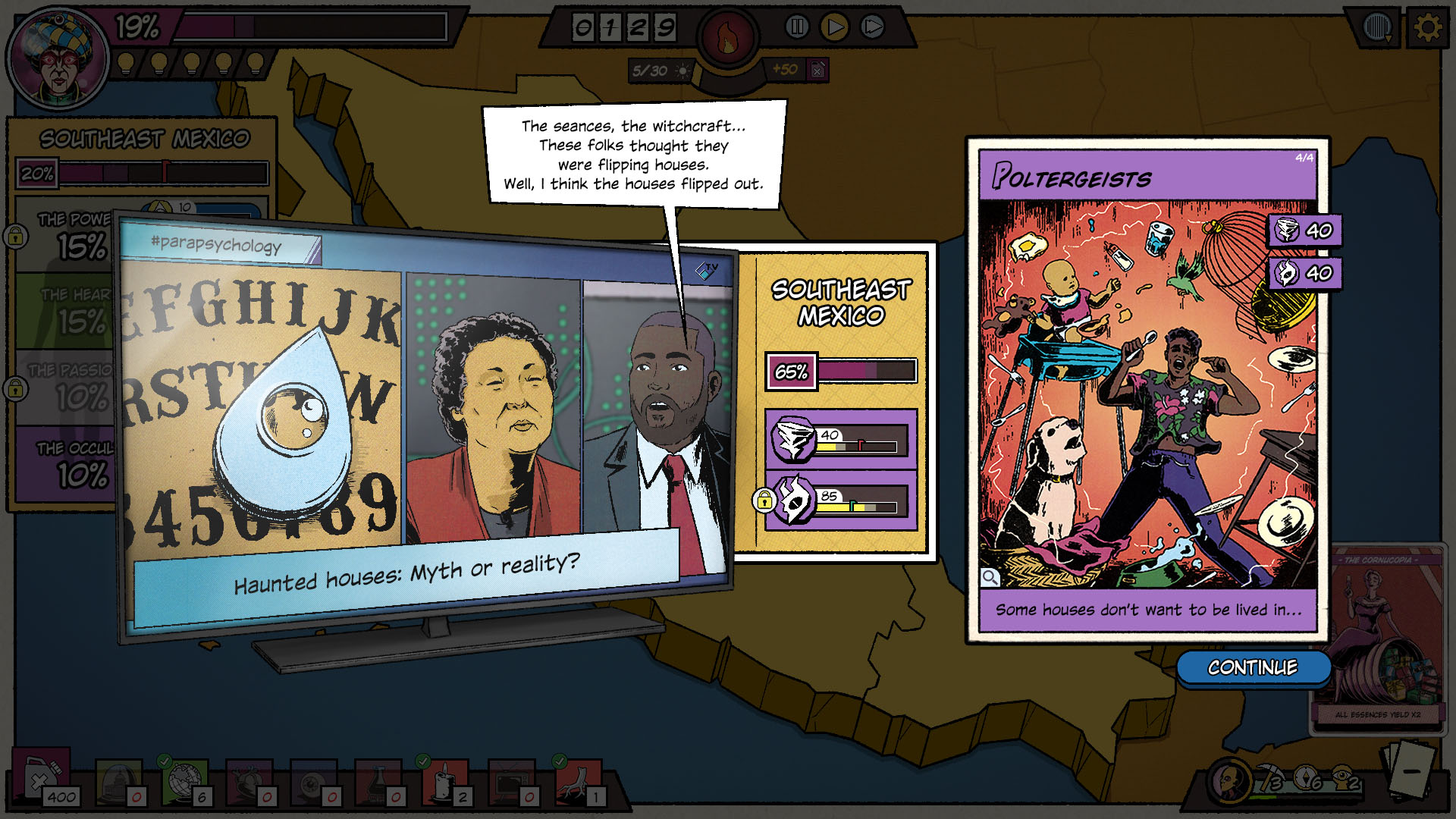 The Fabulous Fear Machine is supported by Red.es and the European Regional Development Fund (ERDF) through the Red.es Program to Promote the Video Games Industry. These grants are co-funded by the Spanish ERDF Pluri-Regional Operative Program (POPE) 2014-2020.