We’re extremely proud and pleased to announce that Dead Synchronicity: Tomorrow Comes Today has just been released for the awesome Nintendo Switch and can now be purchased via the Nintendo eShop.

When we first heard that the Nintendo NX (which, as you all know, eventually turned into the Nintendo Switch) would feature this awesome mix of handheld and desktop console, we immediately thought Dead Synchronicity: Tomorrow Comes Today would be a great addition to the console’s line-up of games.

Back then, we were working on the PS4 port, shoulder by shoulder with Badland Games, adapting the mechanics and interface to the Sony console. The PS4 version was released a year ago, and so far players and media are loving it (it’s rated with 4,5 stars out of 5 on the Playstation Store!). So, now that we have feedback, we know for certain that Dead Synchronicity: Tomorrow Comes Today is as enjoyable on consoles (if not more!) as it is on any other platform.

A few months ago, as soon as the Nintendo Switch was released, we tried it…, and instantly fell in love with this small, awesome video games console. And, well, considering the great experience that gamers are having with the PS4 version, we knew it would be the perfect platform to port the game to. 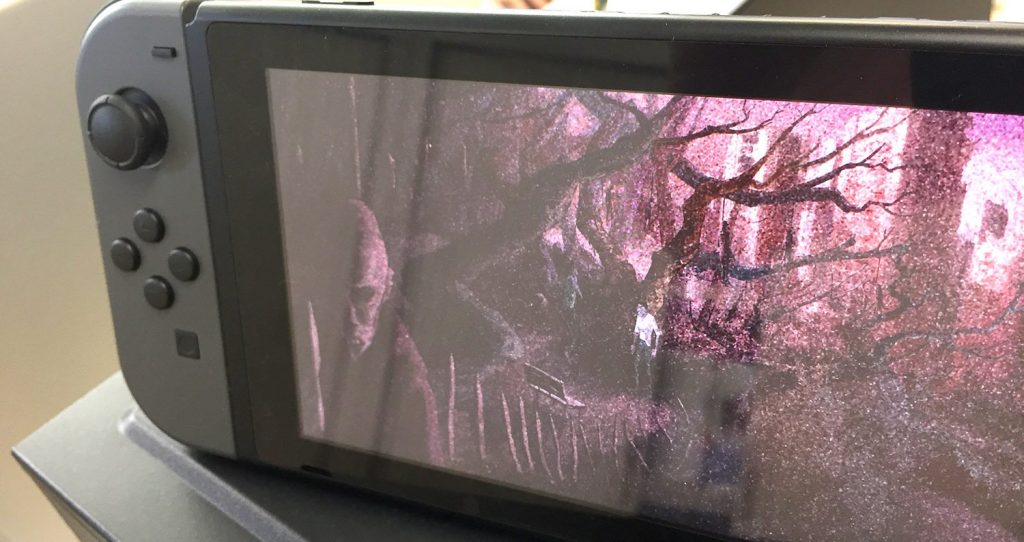 Michael is having one of his grainy, distorted visions… on a Switch!

So, with the support of Badland Games and the collaboration of our friends at Stage Clear, we’re really glad to say that Dead Synchronicity: Tomorrow Comes Today is available to buy now via the Nintendo eShop!

We really hope you enjoy playing it. 🙂