«Do Not Feed the Monkeys» narrative tool

The narrative is one of the key aspects in Do Not Feed the Monkeys. In fact, one of the things we loved most when we came up with the idea of the game was the chance it gives us to tell lots of different stories featuring lots of different genres: of course there are some common-everyday stories, but also sci-fi, terror, comedy…

While the on-screen written information in the Dead Synchronicity games comes mainly from two sources (conversations and hotspots descriptions), in Do Not Feed the Monkeys the players can get written information coming from several sources: firstly the conversations and hotspots in the “cages”… and then there is a newspaper, there are telephone and chat conversations, lots of websites, social networks profiles, emails, conversations with the people that come and visit the avatar… Some of the words coming from those sources, the key ones, can be transferred by the players to their in-game notebook… and that’s when the game deploys most of its potential!

So, and since there are lots of different sources of written information involved in the stories depicted in the «cages», one of the first questions that arose when we started developing the game was how to handle the huge amount of information in a sensible way, so that the following implementation in Unity was simple.

Although we have used some third-party tools in the past, and we’re aware there are great alternatives out there (in fact we use some for other projects), we couldn’t find a single one that fully suited our needs for Do Not Feed the Monkeys. So, we decided to develop our own in-house editor, especially for the scenes the stories in the “cages” consist of, and the conversations the players might have with the characters in them. 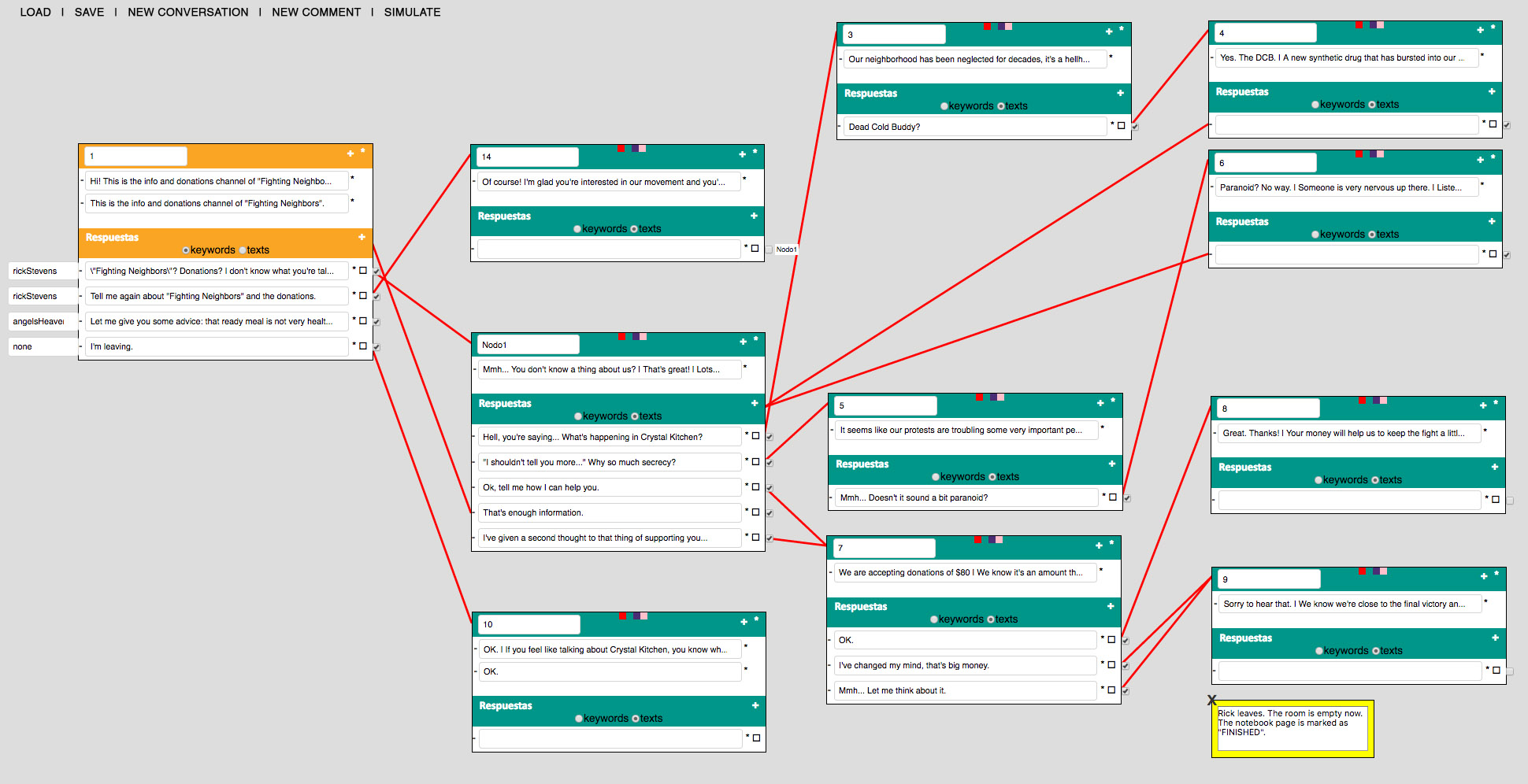 Fragment of one of the conversations in the cage Strike at Crystal Kitchen. Texts still not professionally localized nor proofred, so have mercy!

The editor, programmed in HTML5 and designed to be used via browser, allows our narrative designer to write most of the stuff of the stories directly into it. Then, the main advantage of using our own tool is that we can customize the export options so that the final document is imported into Unity effortlessly. 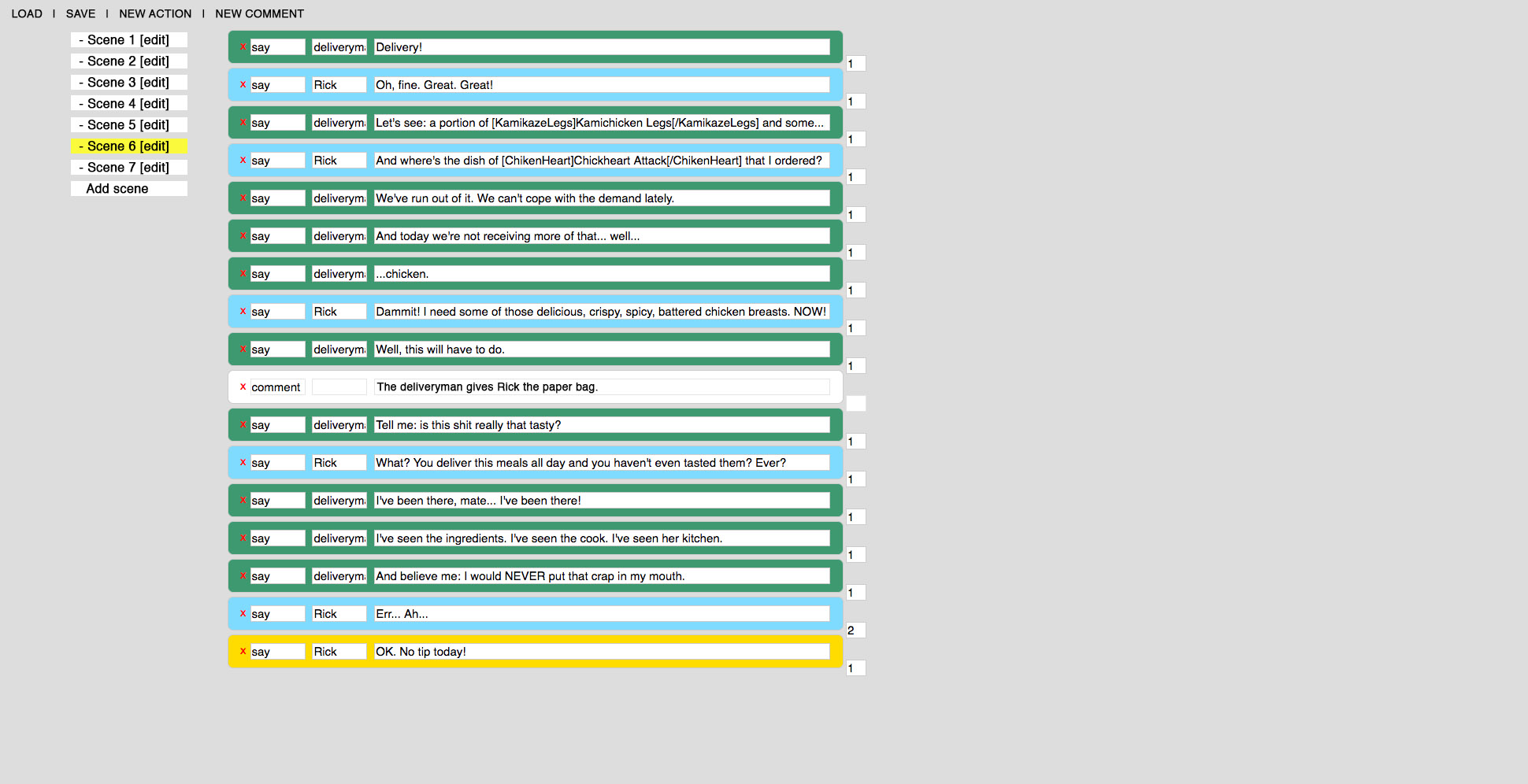 One of the scenes in the cage Strike at Crystal Kitchen. Texts still not professionally localized nor proofred, so have mercy!

As matter of fact, the .json file that is exported from our editor is imported into Unity with a single click: questions, answers, remarks, pauses… each one goes to its right place; variables are set to its exact value; and, all in all, it’s a good starting point to implement each story.

Then of course come all the tasks our programmer has to handle: the sprites implementation, the logic, the connection with the main interface, the first testing … but that’s a different story!