Monkeys all around the world… and awarded! – 5

Although we’ve been showcasing Do Not Feed the Monkeys non-stop these last months (and even getting nominated and awarded at some events!), we noticed we didn’t tell you about it lately.

So, even if it might seem a bit outdated, let us tell you about some of the places we took our primates to.

From December 7th to 10th 2018, the ninth edition of the Fun and Serious Game Festival (from now on, F&S Festival) took place in Bilbao (Spain). We had attended this marvelously organized event previously and, in fact, in 2014 we were invited as speakers since we gave a talk about the successful Kickstarter campaign of Dead Synchronicity: Tomorrow Comes Today. 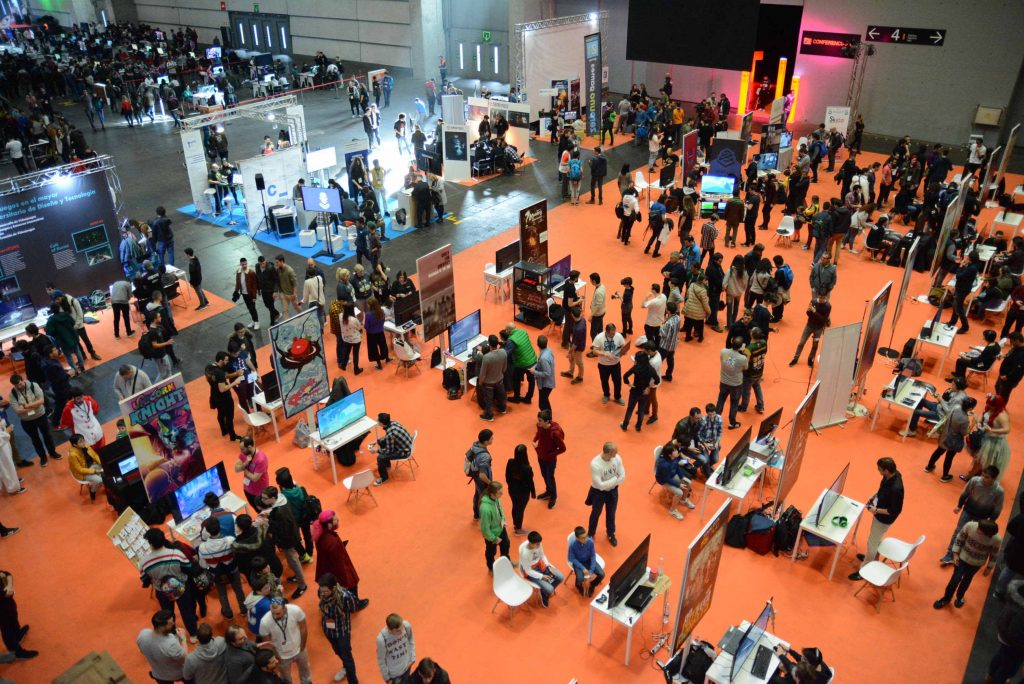 That very year, Dead Synchronicity was also a finalist for the prizes awarded by hóPlay, a video games festival focused on indie games, that usually took place a few days prior to the F&S Festival. A few years later, hóPlay was eventually rebranded as AzPlay; last year, the AzPlay awards were in fact included within the F&S Festival itself as an one and only F&S Play Award.

More than 240 indie games from all over the world were submitted to the F&S Play Award and, to our surprise, Do Not Feed the Monkeys was selected as a finalist, along with games as cool as Gris (Nomada Studios), Moonlighter (Digital Sun), Bring You Home (Alike Studio), Euclidean Skies (Miro Straka), State of Mind (Daedalic Entertainment) and Supertype (Phillipp Stollenmayer). 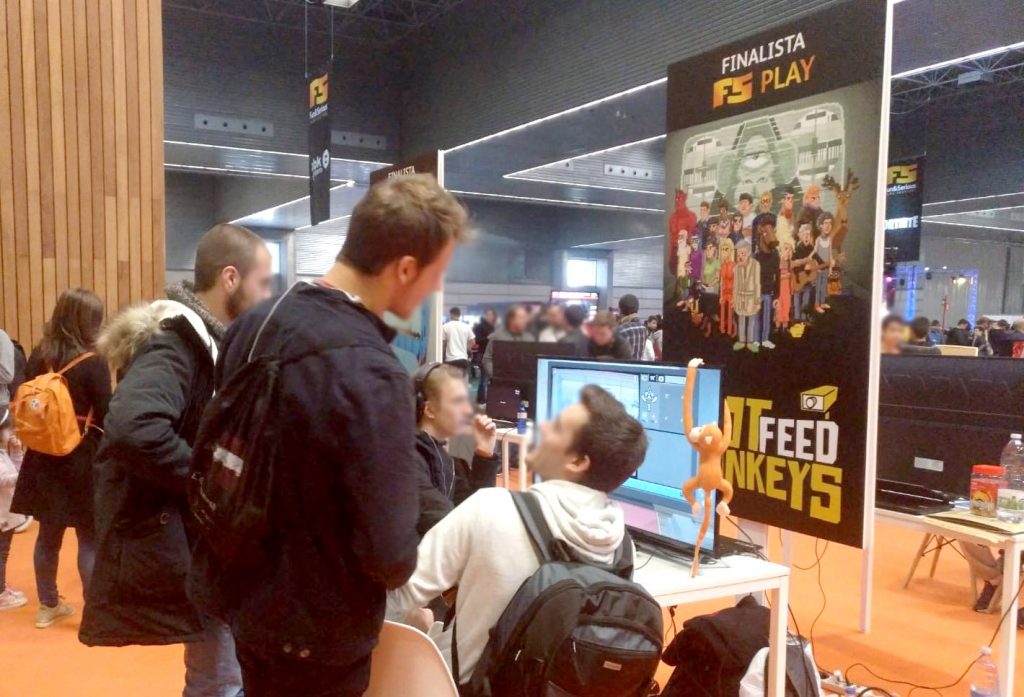 So we headed to Bilbao to showcase Do Not feed the Monkeys! By the way if someone spots a lonely, sad, orange stuffed monkey wandering around Bilbao… just let us know: come back from wherever you are, beloved monkey!

But the biggest surprise was yet to come. In the awards ceremony, after developers like Fumito Ueda, Brenda Romero and Jade Raymond personally took the stage to accept their awards… Do Not Feed the Monkeys was awarded the F&S Play Award! 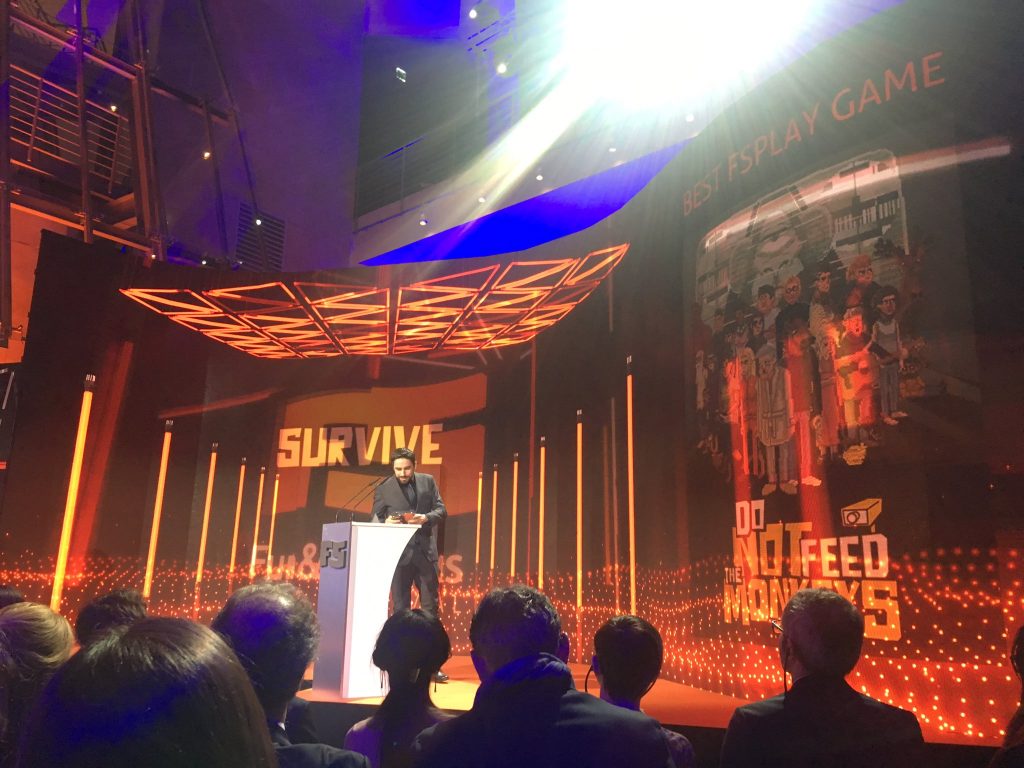 In case you want to watch the full ceremony, just click here.

Congrats to all the winners and finalists and thanks so much to the festival and to the jury, we’re really, really honored! 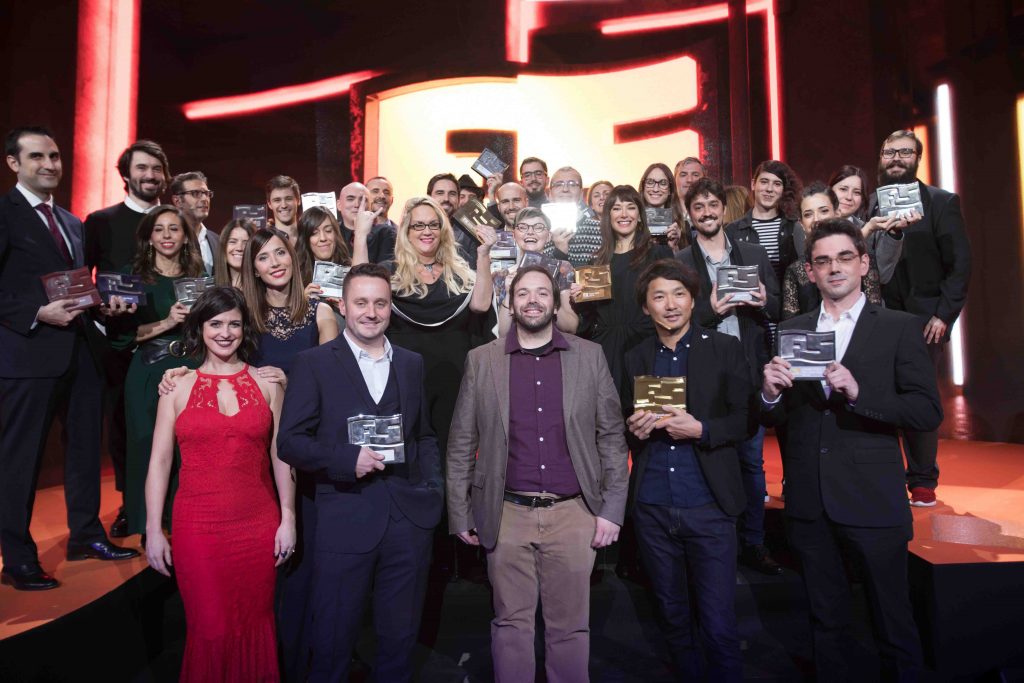 Just a few days later, we showcased Do Not Feed the Monkeys at the DDXPerience festival, in Elche (Spain). The event, running from December 13th to 16th, served as an introduction to the Distrito Digital (Digital District) project, that will attract and gather innovative companies in the Comunitat Valenciana. 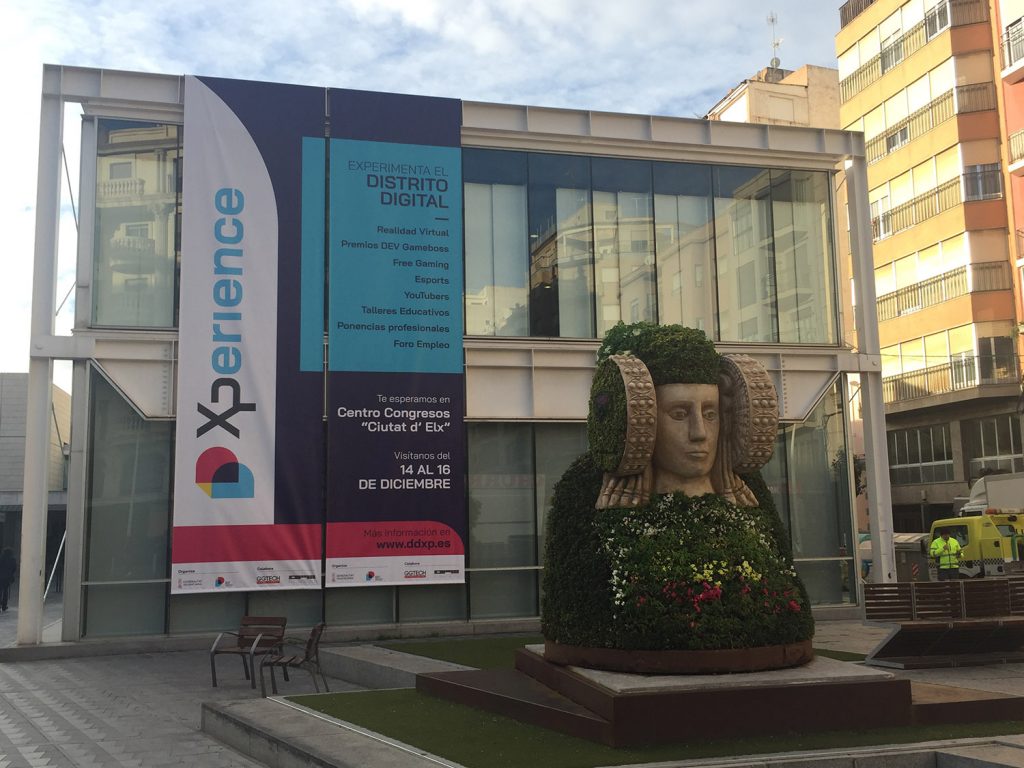 Meet the big sister of the Lady of Elx

Besides so many activities and talks, the indie exhibition area was crowded with players eager to try Spanish indie games, some of them still unreleased, like Moons of Darsalon (Dr. Kucho Games), Disembodied (Berlin by Ten) or John Mambo (Iction Games); or previously launched titles like Path to Mnemosyne (Devilish Games), Stay (Appnormals), Deiland (Chibig Studios) or Out of The Box (Nuclear Tales). 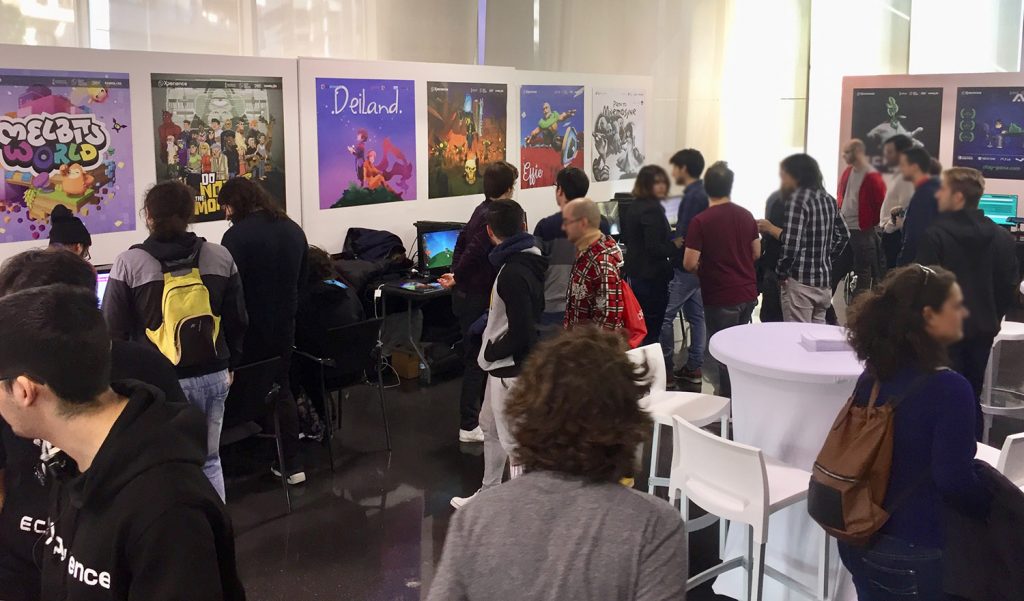 Visitors of the DDXperience indie area

Also, every exhibitor was a contestant for the DEV – Gameboss Awards. And, guess what? Do Not Feed the Monkeys was awarded the Best Narrative and Best Game prizes!

It was an amazing honor, specially considering we the exhibitors were the jury itself. So, thanks so much, developer mates! 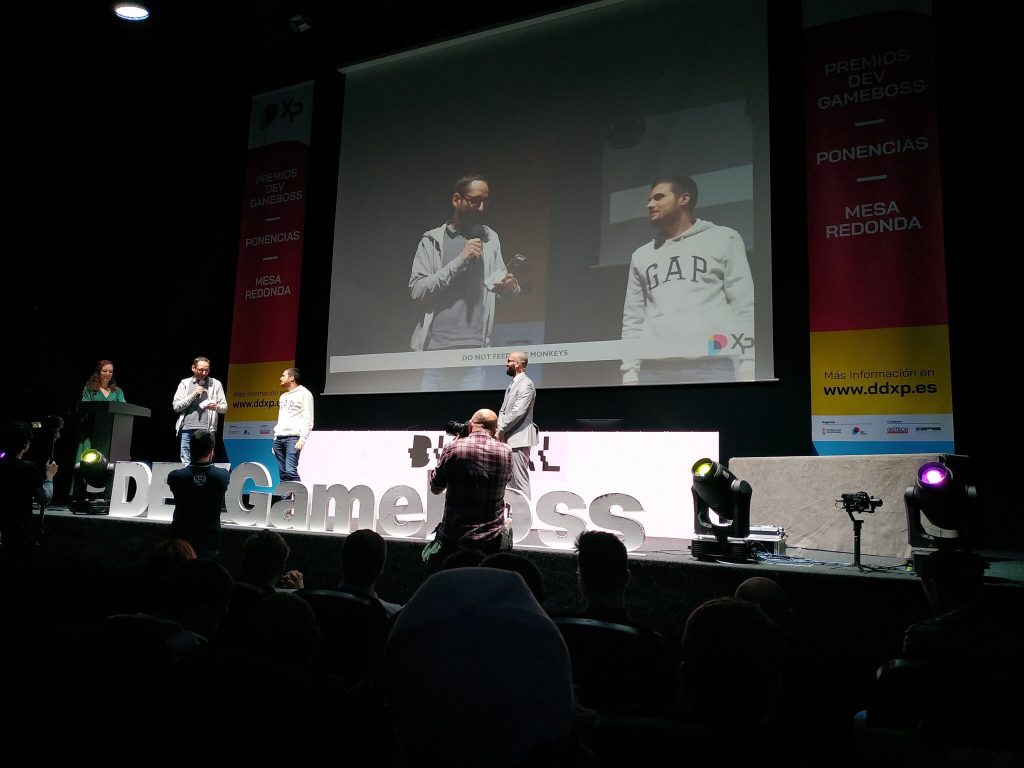 Luis, accepting one of the awards (photo courtesy of Fernando Carrión) 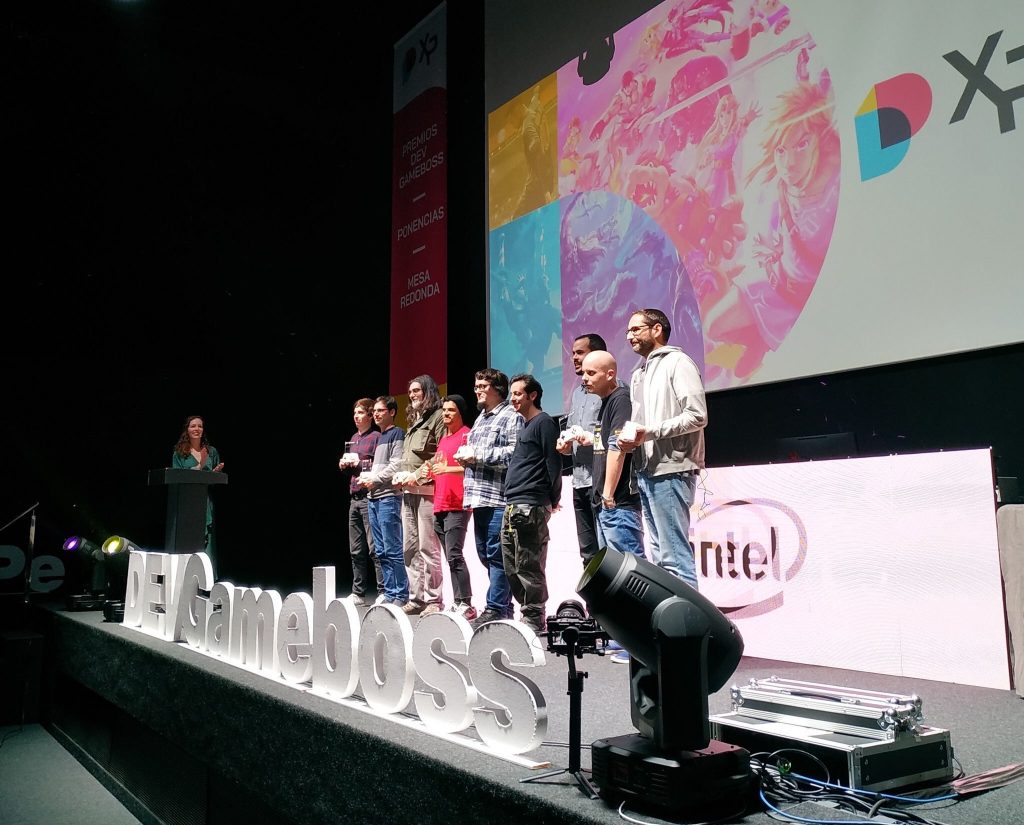 Stay tuned to know more about the latest trips of our monkeys!